OCAD Inc. operates in the business field of software development for the production of maps. It sells its software application OCAD in various editions worldwide, adapting customer requests and offers technical support, training and consulting.
Since 1989, OCAD has been subject to ongoing development following customers‘ wishes. OCAD Inc. is an independent corporation owned by individuals and founded in 2005 after the sudden death of the founder of OCAD, Hans Steinegger. There are 7 employees working at OCAD Inc. located in Baar, Switzerland. In addition, technical support centers are kept in Sweden, Finland and Japan. 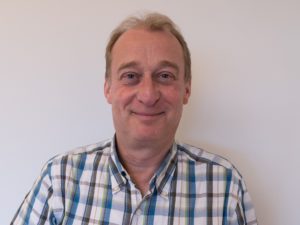 After an apprenticeship as surveyor’s draftsman, Thomas Gloor studied at the ETH Zurich natural sciences. Afterwards he worked as a scientific assistant at the institutes for agricultural engineering and of cartography at the ETH Zurich for 4 years. Since 2002 he has been responsible as a media publishing house managager for a hiking magazine, hiking books and maps. Since March 2005 he is in charge of the management of OCAD Inc.
Thomas Gloor is an enthusiastic orienteer. He is a map consultant for the Swiss Orienteering Federation (SOLV) and was a member of the map commission of the International Orienteering Federation (IOF) and the Swiss Orienteering Federation (SOLV). 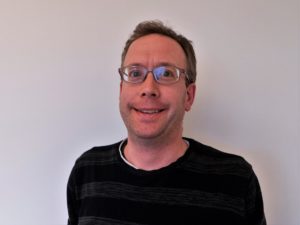 He was first a surveyor’s draftsman. Then he studied for and received his Bachelors degree in Geomatics. After an intermediate year at GEONOVA he received an additional Diploma in Computer Science.
Gian-Reto Schaad is an very active orienteer and runs regularly in Scandinavia. He is an active mapper, member of the Map Commission and map consultant of the Swiss Orienteering Federation. 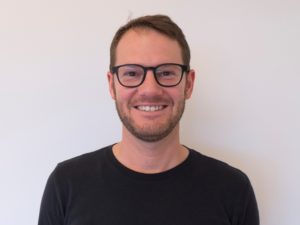 Hubert Klauser studied Geography with focuses in Hydrology, Geographic Information Systems (GIS) and Computer Sciences at the University of Berne. After finishing his studies he collaborated in the development of the Water Information System Switzerland (GEWISS) of the Federal Office for the Environment from 2004 to 2007. In April 2009 he completed the part-time postgraduate studies at the University of Salzburg (Austria) with the UNIGIS professional certificate. He work as a software engineer for OCAD Inc. since 2007.
Hubert Klauser is an orienteer, mapmaker and map consultant of the Swiss Orienteering Federation. 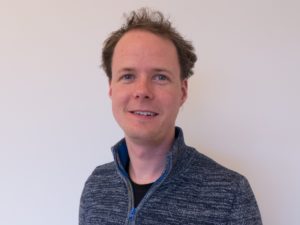 Head of Sales and Administration

Rahel Lozano did an apprenticeship as a commercial employee in Zug. After one year of full-time training at the Swiss Textile College, she recived the diploma “Fashion Assistant” in 2007. Besides being a mother, she worked for 5 years for the municipality Cham in the Traffic and Security departement. At the OCAD Inc. her main activities are the sale and distribution of the software as well as administrative tasks. In addition she is responsible for the accounting. 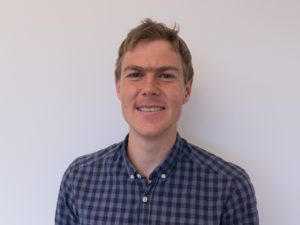 Andreas Kyburz studied geosciences at the University of Basel. He is a long-time member of the Swiss OL national squad and a cartographer in his spare time. For OCAD AG he participates in the editing and design of the website, manages projects and creates city maps. 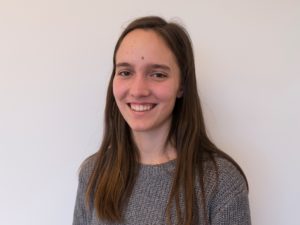 Helena Laasch studies Geomatic Engineering and Planning at the ETH Zurich. At OCAD AG she provides support and is doing minor work in the company.

P-O Derebrant studied electronics and initially worked as a teacher. He began producing small orienteering maps as a hobby. In 1979 he founded his own company and from then on worked as a map maker. Among other things, he creates basic data for maps by means of photogrammetric aerial photo evaluations. Since 1991 he has been using OCAD to draw maps. He has also translated OCAD into Swedish and since version OCAD 5, P-O Derebrant has been providing support in Sweden.

Toshio Onoye studied metallurgy at the University of Kyoto and then worked as a research engineer at a steel company and the research institute. He drew orienteering maps with the Macintosh illustrator and founded the CAMap (computer aided mapping) forum in 1991.

Hans Steinegger was born in 1948. After his Masters degree in Electrical Engineering (ETH) he worked in hardware and software development in the telecommunications industry (Autophon) and finally as R&D manager in the semiconductor industry (ESEC).

After developing the first version of OCAD in his spare time he founded the firm Steinegger Software in 1992. He then worked full time on further development of OCAD. In particular, he changed it from a program purely for orienteering maps to a program for general cartography.

When he was younger he orienteered in the Elite class and subsequently ran in his age class. Before starting on OCAD he had drawn several maps using pen and ink. This experience, together with his professional knowledge, was the basis for his development of OCAD.

This site uses cookies. By continuing to browse the site, you are agreeing to our use of cookies.