Migration of unstructured Desktop-Publishing Maps into a GIS

A lot of maps are made with a Desktop Publishing (DTP) software like Macromedia Freehand, Adobe Illustrator or CorelDraw. The advantage of these software programs are that they have wide range of drawing and editing tools, a flexible layer structure creating map content and the map layout within one file and has low cost comparing to GIS (Geographic Information System). However, DTP maps are limited in order to keep the state of the art in digital cartography. The main weaknesses are:

Many map publishers have produced thousands of DTP maps from the start of the cycle of digital cartography. Nowadays, they are worried that they could get stucked in a dead end, because DTP software has obvious weakness or isn’t any more supported.

For that reason, OCAD Inc. developed in collaboration with Huber Cartography, Munich, Germany a workflow with its cartographic software OCAD 10, to save investments in DTP maps by migrating them into its cartographic software or even into a GIS: First, the DTP map must be imported through a PDF file. Then the distortion will be dissolved and the map georeferenced. In a next step, the imported map layer will be converted into a set of symbol, which has been created by the cartographic software. The conversation has the effect that redundant will be removed. Point features which are still represented as area features must be converted into single point features. Now, all map objects can be connected to a data base, which can by edited on the fly. With this workflow the DTP map has been structured in a way that it fits into a GIS environment or could be enhanced with other geodata and maintained with specific cartographic drawing and editing tools in its migrated cartographic software as well. This workflow has been implemented by Huber Cartography successfully.

Open crete-emty.ocd file. The file is located in the training data in the following directory crete_ocad. 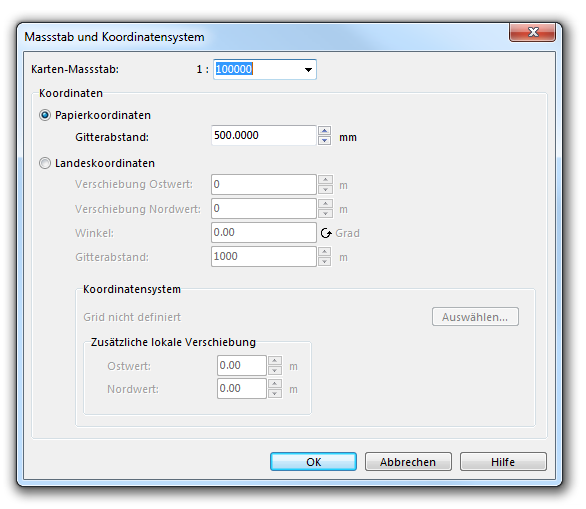 Definition of a Symbol Set

In the open OCAD file is already defined a symbol set. Exemplary in this document is the definition of the new point symbol Point of interest is described. 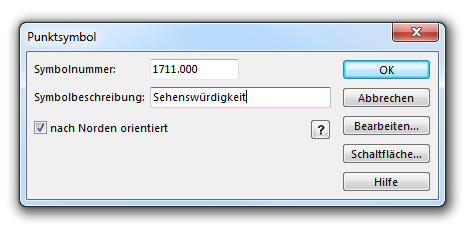 The symbol editor will show.

In the next step, the legend symbol must be placed into the origin of coordinates of the symbol editor (red arrow in fig):

-Most of the fine-tuning is done in several adjust steps.

-For fine-tuning it is recommended that the coordinate grid map 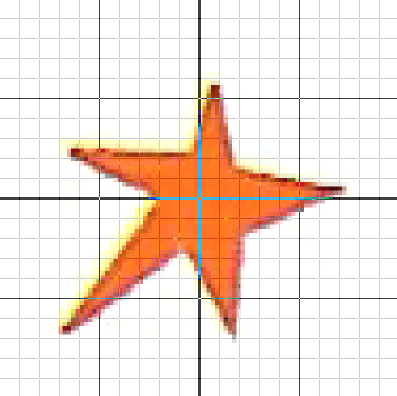 Select the geometry Area and the Color 0: Pikto Orange in symbol editor:

Then just draw the symbol with the straight line mode

from the drawing tool. 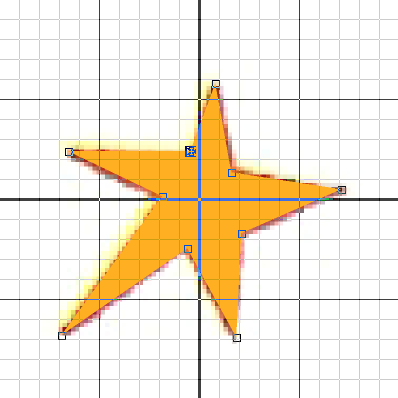 Click Make screenshot for symbol icon rather than to design a icon. 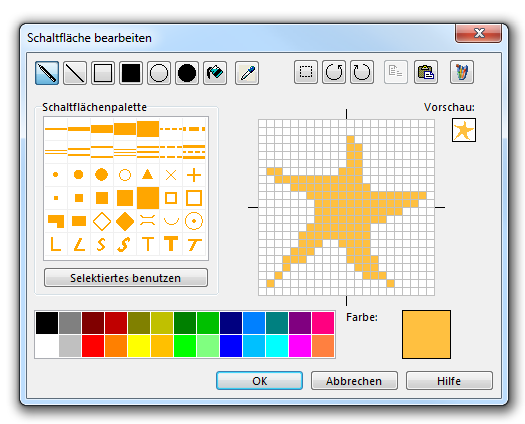 -> Remove and Close the dialog 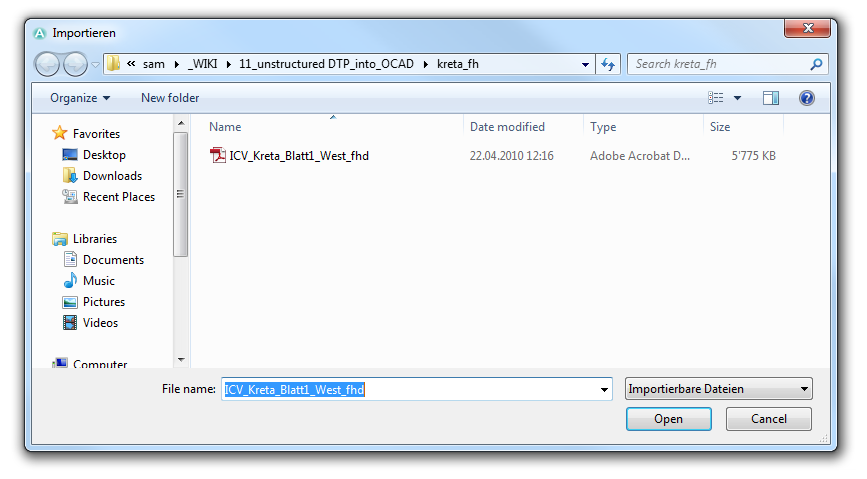 The import side which should be imported must be specified, because it is multi-page PDF.

The import map is displayed. However the map is not georeferenced.

Because it is a georeferenced background map, a dialog box appears with the question if the new shift (horizontally and vertically according to the Easting and Northing) shall be used as the card center. 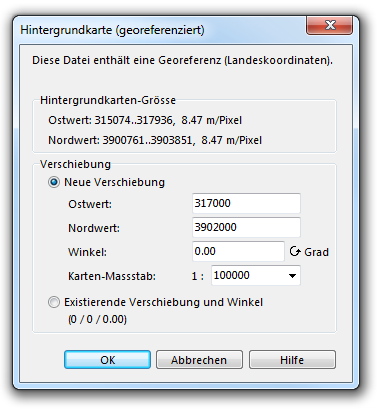 The interactive georeferencing from the Crete map success in the next section.

In a first step, the imported map was fitted coarse with an affine transformation in the georeferenced background map (Map -> Transform -> Afine).

At the affine transformtaion the maximum of 12 reference points can be defined, by repeating step 1 and 2 until the transformation is triggered by the enter button.

Parimeter is displayed as a blue frame in the drawing area:

When a parimeter is defined, rubbersheeting points can be added interactively or from loaded from a file.

Rubbersheeting points are shown with a red and green crosshair and a blue connection line. In the transformation, the objects moved from the red to the green dot.

Depending on the needs the points can be deactivated, removed or saved. The deactivation is done by mouse click on the first column in the table. Unused points are shown gray in the drawing area.

Execute the transformation by clicking the Transform button.
If the result is satisfactory, the dialogue can be closed.
Otherwise there are the following possibilities:

In the dialog box Convert Imported Layers to Symbols the translation table crete.crt from the crete_crt directory needs to be loaded.

In the automatic conversion wrong symbols assigned from objects lying on wrong layers. In the example below, the Greek name of the attraction Tilissos is falsely attributed to the layer with the black instead of red font.

In DTP programms point objects are often defined as an area object. Thus make a situation worse by the map tracking. Therefore, these objects should be converted into point objects. These have only coordinates and can be easily deleted or moved at a tracking.

Then the conversion occur in a point object(Map -> Convert Area or Line Objects to Point Objects), while the symbol 1601.1 chapel area have been selected.

In case of imported signatures, consisting of multiple surfaces, before the conversion the surplus areas have to be removed, so that the equivalent to only one object is created to the appropriate place.

This process is explained using the example of the windmill. The imported windmill signatures are part of five faces: one tower and four rotor blades:

The rotor blades of all windmills were selected.

The ramaining area objects can now be transformed into point objects as described in the first part of the chapter.

There are redundant objects in the immported map. So, for example, streets consist of two or more geometrically identical lines. In OCAD these complex lines can be mapped with a line object. Thus the redundant objects be unnecessary and can be deleted.

In OCAD 10 Proffesional is it possible to connect the map or its objects to a database. A new database must be define (Database -> Manage Database Connections)

Select the table wamu§ and the field ID as a key field.

Edit the corresponding database entries in the database box:

The Map or parts thereof can be exported as shape file or DXF and reused in geographical information system or CAD programs.

The map or parts thereof can also be exported as a KMZ file and reused in Google Earth or GPS device. For this export a coordinate system must be absolutely defined.

Save export file as crete.kmz:

Settings of the PDF export from Freehand, for the best import into OCAD: