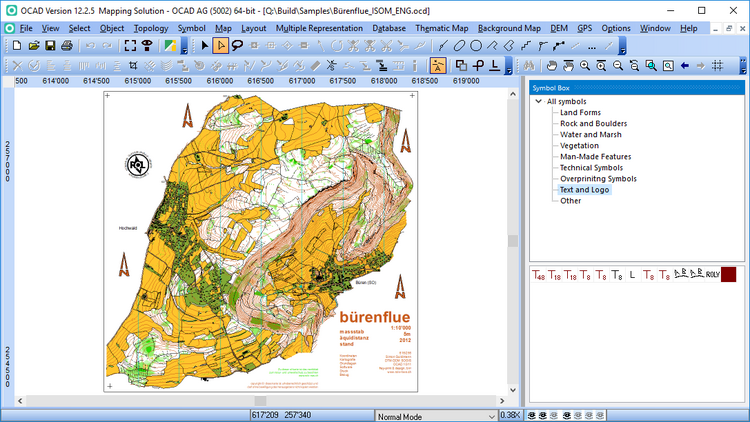 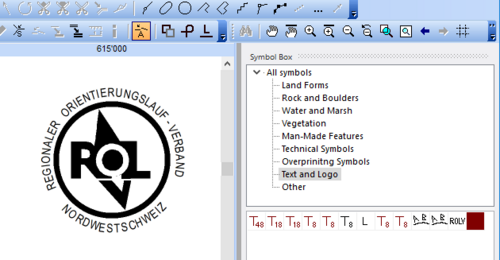 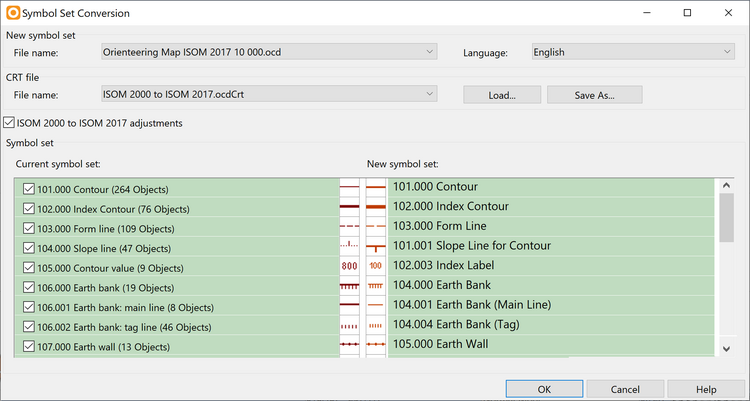 Choose the CRT (Cross Reference Table). OCAD loads all files from the OCAD program subfolder Crt. You can Load another Crt file or Save the adjusted Crt file. 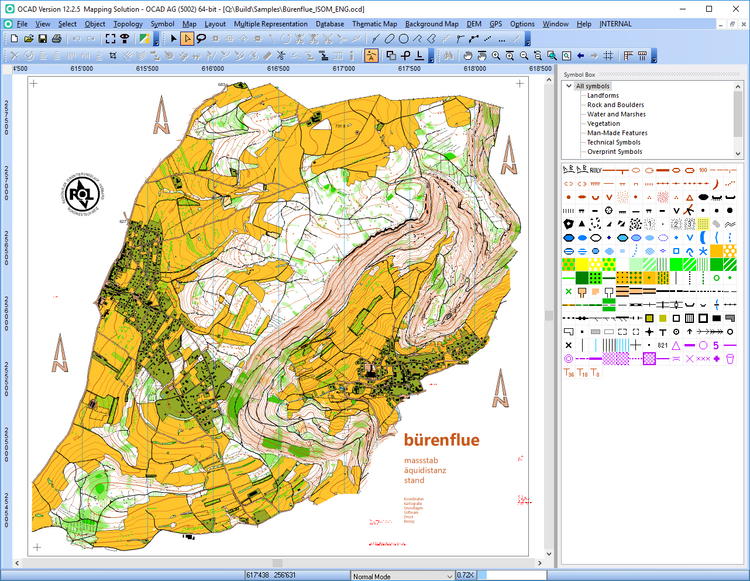